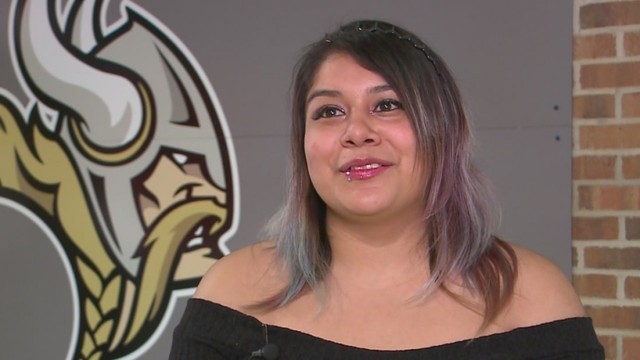 AUSTIN (KXAN) — When Sophia Adan learned CPR as part of a criminal justice program at her high school, she never thought she would use it. Little did she know that just days after the training, she would save a life.

“I never thought it was gonna happen to me because it always happens to other people and not to you,” Adan said.

When she heard screams for help coming from a neighbor, she ran to see what was wrong. A four-year-old wasn’t breathing, and she wouldn’t wake up.

“I ran downstairs and when I came in, I told them that I know CPR, and they just let me step back and take control of that,” Adan remembered. Drawing on what she learned in the class at Lanier High School about helping children in distress, she started compressions until the girl could be taken to the hospital.

The girl is now doing well, and Adan was recognized for her quick actions Thursday. Austin Independent School District police gave her its very first “Community Member Lifesaving Award.” She also received a challenge coin and a chief’s pin from the chief himself, Ashley Gonzalez.

“I mentioned to her that should she consider pursuing a career in law enforcement, she would have a career at the Austin ISD police department,” Gonzalez said.